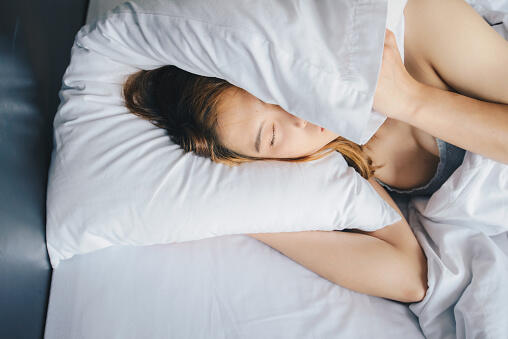 Have you been having any weird dreams lately?

I know I've had many. I've always had a very healthy relationship with my dreams... ever since I was diagnosed with sleep apnea, and started to do something about it, I noticed my nocturnal mind just... opened up and the dreams... started to flow.

I've talked with my grandmother who passed several years ago. We meet up every so often in different places while talking about different things... I think that's probably enough about that for now because I'll walk off into the weeds as Dennis Clark would say. So I'll save it for a new post.

I've been to places in vivid, living color... but with people from my past who were along for the adventure... only in black-and-white.

That whole last black-and-white dream with an ex was very interesting.

Last night, I had a dream about being back in the hospital when I was in the ICU awaiting brain surgery. In my dream, I was in a dream while in the ICU and I had this conversation with my dreaming self during this dream... so it was my current self, dreaming about being back in the hospital, having a dream, talking with my dream self... about things I've learned about me since the brain surgery. I talked with me about overcoming insecurity and about this coming pandemic. About work things and life things and friend things and relationship things. People past. People from the past who are part of the present. People present who are part of the future. I also told my dream self to make a list of things you've always wanted to do and go about doing them. In my dream, the nurses came in to take my vitals - they did this all the time in the ICU - and rest was like a non-factor at times... and my dream self 'had to go....' while in real life the haptic tapping of my Apple Watch on my wrist via the SLEEP app woke me up.

This afternoon, during a power nap, I was in the Palm Beaches... around a pool, socially distanced and whatnot, with some friends, professional colleagues... a mentor and others... talking about some future plans they have and helping to make some decisions about things. We were reviewing research, running numbers... evaluating odds... and ultimately making decisions.

In the past, I've not always been as surgical about making decisions in so many areas in life, work, love...

I was asked "what would you do" in a certain situation... and without hesitation, I gave my thoughts about what to do, how to do it, who could do it and what might come from it if the gambit worked... and what could happen if it didn't. And then, I said, I'd do this...

"How far we've come from Montage Mountain," said one at the table. To which I said, "you mean Tinks, Linden Street... Downtown Scranton."

Kyla going in to the restroom outside my bedroom door woke me up from that dream this afternoon. As I woke up, I noticed I had been sweating during my nap. My shirt... was sorta soaked. It wasn't hot in our apartment. In fact, the fans in my room had kept things pretty chill, no pun intended in there.

Laying in my bed, after an earlier-than-normal Sunday morning playing chaperone for my daughter who had some pumpkin patch plans, knowing I needed to wake up and get back into my Sunday afternoon... I said aloud, "how far we've come... but we've got so far to go."

Why I'm sweating so much during sleep.

Why I've been having dreams about past events or past things and people.

Why people from the past are in black and white while the rest of the dream is in color.

Why dreams about my brain surgeries have been happening more and more lately.

Anyway, I don't know if you've been having any of these dreams. They've for sure been a trip to me lately... but I've learned a few things from some of 'em... and that's what dreams are all about, right?